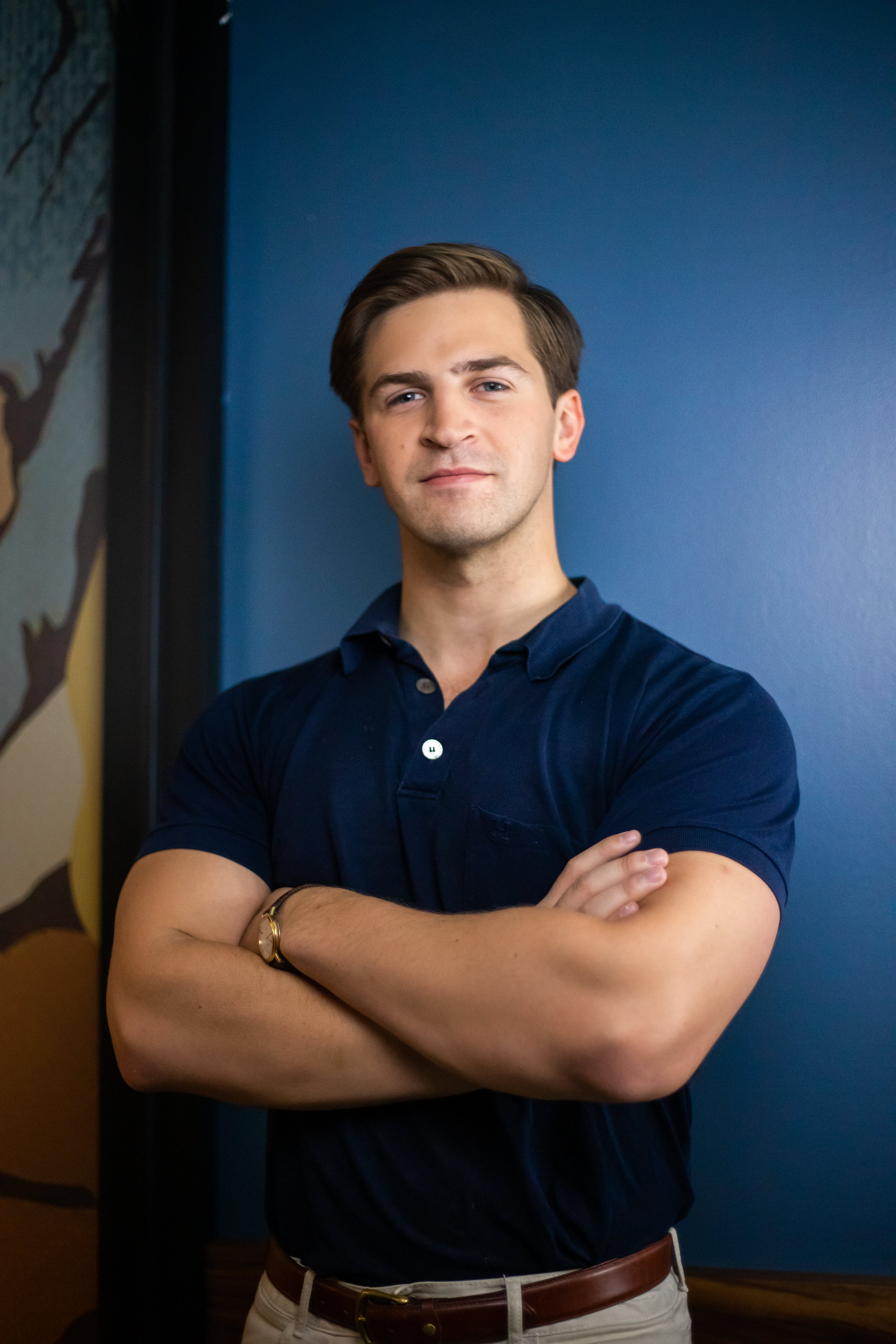 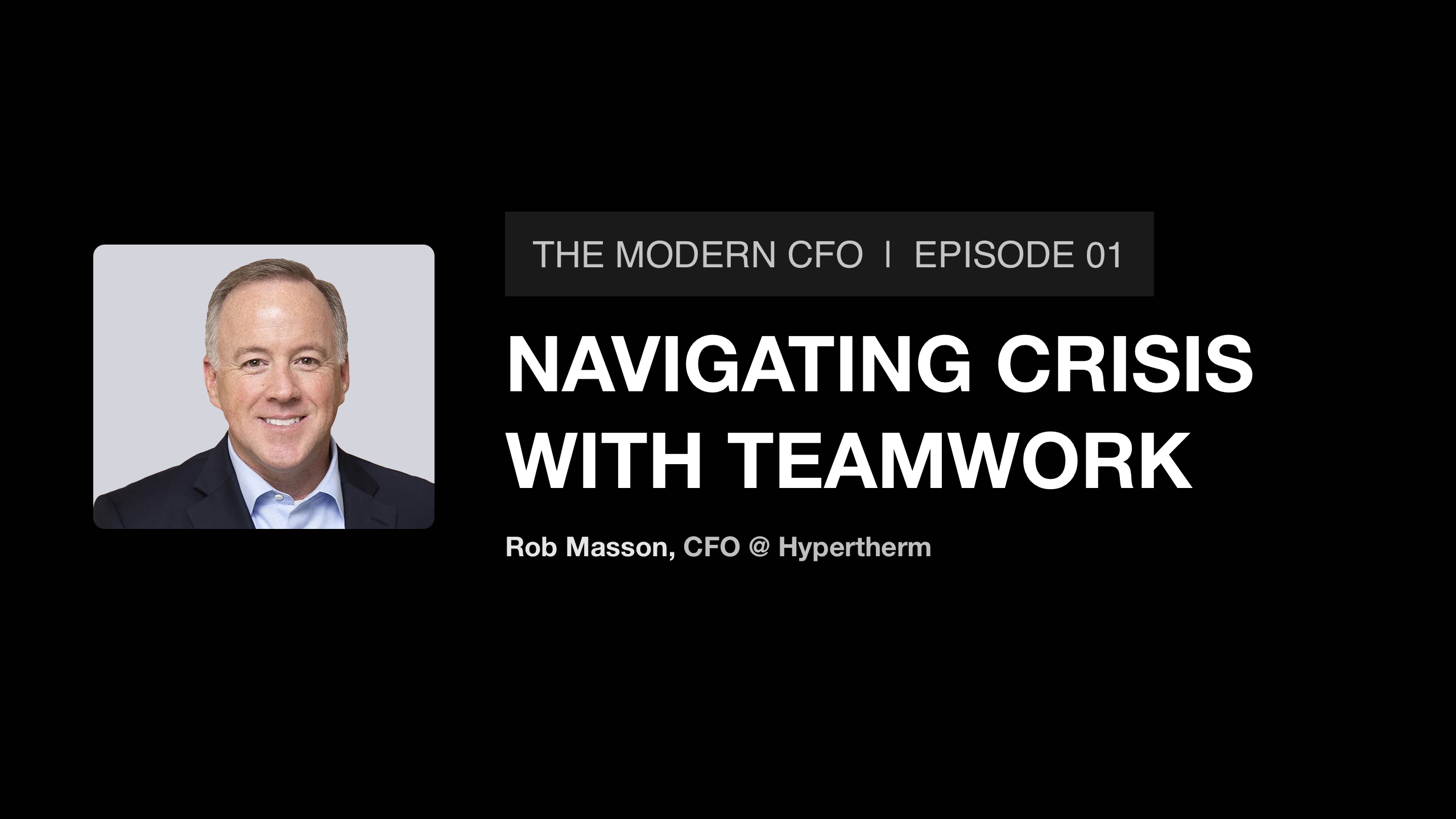 How do you create a crisis-ready company that can adapt to challenging situations and come out the other side stronger?

Rob Masson is the CFO at Hypertherm, a 50-year-old company that is a leader in industrial cutting systems. He’s also a former Naval aviator who learned critical leadership skills firsthand.

Rob joined us on the Modern CFO Podcast to share his unique perspective on the importance of empowering employees through a culture of company ownership.
‍

Weathering COVID-19 as a team

The pandemic took an early toll on Hypertherm. In April, the company lost 30% of sales practically overnight. Most companies would have had a knee-jerk reaction that included instant cost-cutting in the form of mass layoffs.

Hypertherm took a different approach. An employee-owned company, they had a pre-existing no-layoff policy in place prior to COVID-19.

“We're all committed to each other. We have a no-layoff philosophy. So a lot of the normal things you do in public company settings and others, we don't do,” Rob said.

“So we will cut costs. We're very aggressive with that. But in terms of commitment to people, we don't do that. We come together as a team and solve the problem.”

Overcoming obstacles as a team

Teamwork is what ultimately enabled Hypertherm to bounce back from COVID-19 amid global challenges.

With an international supply chain and global customers, they had a lot to contend with.

On the capital structure side, they needed to address the treasury group and communicate with their banks to ensure adequate cash flow.

On the supply side, they had to make sure they had access to the raw materials and stock that they needed to operate.

“It was quite a dramatic response from us internally to reset for the new norm,” Rob said. “We source from all over the world. So it was really a team effort.”

The silver lining to a crisis situation is that once you live through one, you become better equipped to face the future head-on.

“When you go through crisis, you live through it, you gain new muscles,” Rod said. “Hopefully we never have to face it again as a company, but we're now prepared more than we were prior. And I think we'd do even better the next time, just because of the response and teamwork of the company.”

Hypertherm was lucky to see business come back strong.

When it did, they were quick to thank employees for their incredible effort by sharing most of that profit with their internal associates.

Compartmentalizing is the key to solving problems

Rob’s Naval background played a critical role in his ability to keep cool under pressure. And he quickly brought those lessons to bear when COVID-19 hit.

“There's just a different experience you get as a Naval aviator than you get in other walks of life, and that's trained into you to compartmentalize and solve the problem. ‘There's no end until it's over’ kind of thing,” Rod said.

“When you're in a crisis situation, you're not done until you've tried everything. And you don't let yourself think of anything but solving the problem and keeping with it.”

Hypertherm’s no-layoff policy was instrumental in helping its employees maintain this sense of tenacity and clarity.

Because they didn’t have to worry about their employment status, employees could devote all of their mental energy to solving the business problem at hand.

Commitment to the “triple bottom line”

At Hypertherm, the company’s unwavering focus is not only on its team. They have a “triple bottom line” motto that prioritizes customers, associates, and the community.

As the company enters its next phase of growth, this motto is always on Rob’s mind.

While growth isn’t the same as a crisis situation, it does involve change. And change requires teamwork.

“We're really on the next S curve of growth at Hypertherm. And that's what's really exciting. We really see the opportunities in our end markets to add value with the types of investments we're making,” Rob said.

“Hypertherm has been incredibly successful to where we are here. And all businesses go through transformations to get to the next level. We have to continue to evolve and advance. And so I'm focusing my team on re-looking at what we've done and where we've come from so that we can leverage the future.”

The biggest change Rob would like to realize is the way in which his team operates on a daily basis. He calls this “flipping the triangle.”

If you imagine a company’s workload as a triangle, 80% of that workload is typically spent on low-level transactional work at the bottom of the triangle.

Only 20% of time is reserved for the big-picture thinking that has the power to drive a company forward.

“We want to flip that ratio on its head,” Rod said. “I want 80% of the time spent on insight and action. How do we drive the business forward? How do we meet our customers? How do we benefit our associates? And how do we hit the community with positive impact?”

CFOs should break down barriers

In the end, it all comes down to the fact that empowering your individual team members can transform your company as a whole.

Rob believes that by putting trust in individual employees, you also promote collective wisdom and the company’s ability to quickly adapt and thrive.

In fact, he sees this as his primary CFO responsibility.

“My job as CFO now is to make sure I'm getting input from everybody at the right time, at the right spot to empower them to make the decisions. It's a leader's responsibility to break down any barriers and make sure they're getting the best out of the people”

When you create a team of superstars, you become ready to take on any crisis or challenge that the world holds.